Danilo Bećković is a producer and a director based in Belgrade, Serbia. He graduated Film and TV directing from the Belgrade Faculty of Dramatic Arts, as well as Comparative Literature from the Belgrade Faculty of Philology. He is an EAVE TTB alumni 2017. Bećković’s first feature film LITTLE BUDDHO (a Serbian-Swiss-Slovenian coproduction) premiered in 2014 to great reviews and huge commercial success, becoming an instant cult classic and one of the greatest Serbian blockbusters of the decade, eventually taking 10% of all theatrical admissions sold that year. In 2016 it was followed by another smash hit, THE SAMURAI IN AUTUMN (a Serbian-Austrian-Bulgarian co-production), the first Serbian martial arts film in the history. The film won the Grand Prix for the best Serbian film of the year at the national SOFEST FF. Bećković is currently preparing a Serbian-German-South Korean co-production TRIALS OF CHUL (developed through EAVE Ties That Bind programme 2017) to be directed by him. This high-budget project is intended for a wide theatrical release in South Korea, Germany and all former Yugoslav countries. Bećković also serves as a minority co-producer on Robert Hloz’s sci-fri thriller RESTORE POINT (Czech Republic) and Irida Zonga’s short animation MAN WANTED (Greece). 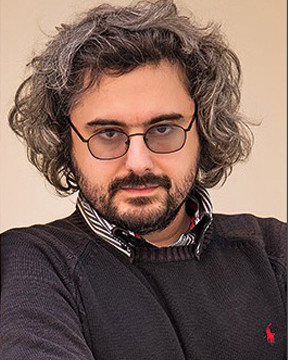