Venezuelan actor, producer & filmmaker. Marialejandra began her film career in 1986 [imdb.com/title/tt0091255/] and became a full-time actor for film, theater and television. In 94, she creates La Caja Teatro to produce her first theater project with Peruvian actor/director Alberto Isola, with seasons both in Caracas and Lima; in 98, she moves to New York to study at the Lee Strasberg theater & film Institute; back in Venezuela, she begins producing and directing plays, workshops and experimental projects, and co-produces indie films. From 2014 to 19, she writes “The Charms of Guilt”, her first screenplay for feature film. In 2018 she writes, produces and directs “Go Back Forward” (“Qué hago yo aquí”, Venezuela, 2019) her first short film, produced by La Caja Teatro, 35 mm [us] and Procine [ve] with the support of Villa del Cine, Films Austères and Universidad Central Venezuela. 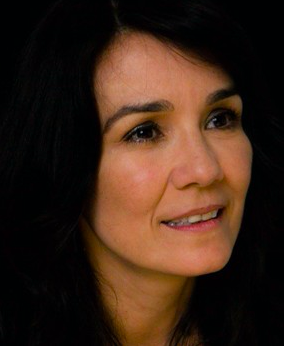