Bulbul is a story of Ranakala 26, an auto rickshaw driver who craves for her husband to return from gulf to live with their six-year-old daughter. Her unfulfilled desires for love lead her to be in an affair with Chopendra 29, a passenger who promises to marry her. Bounded by social values, she is in a dilemma to make a choice between her love and her responsibilities. 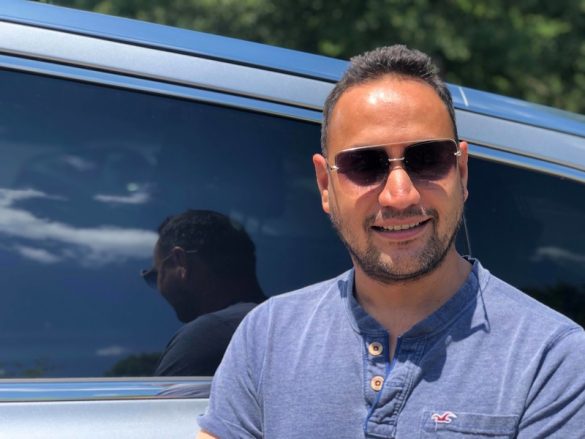 Binod Paudel was born on 1978 in Kapilbastu,Nepal. He is Nepal based film maker and one of the pioneer of presenting Academic studies in film making in Nepal. He runs a film school as CEO/PRINCIPAL , which is only film college of Nepal that offers bachelor degree in film studies affiliated with Tribhuvan University. The students of this college are creating new wave in Nepal. He has done his Bachelor degree in Film studies from same college and got Master degree in Business Administration (MBA) from the Trinitity saint David University, UK. He is writer of very critically acclaimed movie ‘SAANGHURO’ that received numerous awards such as National Award/Critics Award and SAARC Film festival best fiction from jury. SAANGHURO was the only movie, broadcasted in UK’s most popular channel – CHANNAL 4. He is honored with best writer of the year by Nepal president – Ram Baran Yadav in 2013 National Award and Critics society of Nepal from the same film. His first feature film ‘BULBUL’ as a writer and Director released on Feb 15, 2019 in all over Nepal. It collected best responses from audience and Media so far. It is regarded as ‘Top film of the year’ (Nepali year 2077) by many National publications. Many film critics and film scholars regarded ‘BULBUL’ as poetic realism that tells the psychology of present society through intense characters. Having worked in several national and international movies in creative department, He worked as an associate director in ‘God Lives In the Himalayas’ , a feature film premiered in Busan Film Festival. He has been a Jury member of several film festival in Nepal including very prestigious National Award- Nepal and Alpaviram film festival, India. He also teaches film classes and acting class in Oscar international college, Nepal where he leads as CEO/Principal. Combining documentary aesthetics with narrative acumen and an understanding of international distribution, Binod focuses on developing new, accessible stories that connect South Asia to the world. The Nepal/Bhutan/USA-set Akron International will be his second narrative feature as a Director with the Producer Yatin Parkhani. Which is recently selected for APM( Asian project market ) in upcoming Busan film festival. He recently got National award from president of Nepal as Best Director of 2018/2019 from his Debut movie BULBUL.