What to see at the Nepal International Film Festival

The International Film Festival, to take place in parallel sessions at the Nepal Tourism Board and Rastriya Sabha Griha, will feature 60 films—13 feature-length fiction films and the rest shorts—from 31 countries, selected by an adjudication panel led by filmmaker and journalist Bijay Ratna Tuladhar.

The purpose of the festival, contends festival chair KP Pathak, is “to bridge the gap between alternative and mainstream cinema, and to celebrate cinema as a medium of intellectual expression.” Alongside screenings, the fest will also host panel discussions on a cross-section of issues, including ‘Women in Cinema’ and ‘Challenges of the Nepali Film Industry’ featuring industry stalwarts. There’s also a tempting masterclass with Eric Valli, the French director who helmed 1999’s Caravan, Nepal’s only selection for the Oscars so far.

The festival will be inaugurated by Nepal Communist Party co-chair Pushpa Kamal Dahal, followed quickly by the screening of last year’s critically-acclaimed feature Hari. Alongside Nepal premieres, the festival will be featuring a number of films that have already graced the Nepali silver screen but perhaps did not receive the audience they deserved. This is thus a second chance to catch some critically-acclaimed gems that might have gone unnoticed, like Panchayat, Nepal’s submission to the Oscars this year. Here is a brief rundown of films that cinephiles should definitely look out for every day for the five days of the festival.

There is no choice but to see Hari on the first day, and this film is worth its solo slot. It will even make for a good second watch, if you’ve seen it already. The film reportedly performed dismally at the box office, but was acclaimed by film reviewers, with one critic touting it as “a Kafkaesque Nepali flick.” Hari is definitely an outlier in the canon of Nepali cinema. While it’s a realistic feature, telling the story of an identity crisis-stricken youth, elements of surrealism also make their way into its narrative in a way that feels natural, hardly superimposed. The film is beautiful to look at, with neat, informed cinematography, which shows rather than tells, and a nuanced production design. It’s directed by debutantes Pratik Gurung and Safal Gurung, and features Bipin Karki as the titular Hari. It’s often funny, often tragic and often just fantastic. Hari shows at 5pm on February 21.

This film was released in March last year and it went almost unnoticed, despite the fact it was shown to a number of political leaders. The film came into the limelight later because it was selected as Nepal’s official entry for the upcoming Academy Awards. The film, however, didn’t make it past the preliminary round. Panchayat is written and directed by Shivam Adhikari, and features actors Neeta Dhungana, Saroj Khanal and Rupa Rana in lead roles. As the name suggests, it is set during the autocratic Panchayat era and tells a story of abuse and a clash of egos. I haven’t seen the film and its merits are little known, but if nothing else, it might be interesting to see just what kind of Nepali film made the cut for the Oscars this year. Panchayat will be screened at the Rastriya Sabha Griha, at 12 pm on February 22.

This curious film is directed by a young writer-director Andzej Gavriss, originally from Riga, Latvia, known for his experimental filmmaking. This film “follows a young woman on a dark journey to find her lost home and identity.” Gavriss is an extensive traveller and draws inspiration from his travels and juxtaposes them with his personal experiences. “Gavriss’ distinctly stylised portfolio combines beautifully crafted shots with storytelling that packs a punch,” reads one review.  1190 is 30 minutes long and will be screened at Rastriya Sabha Griha on Saturday, February 23, at 2:45 pm.

This is a road movie directed by Chinese director Yunxing Nie. The film takes viewers on a journey across the titular Highway 318 that connects China with Tibet, noted as one of world’s most picturesque routes. The film follows two characters, one Chinese and another Tibetan, both of whom are travelling for different reasons but have one thing in common—they both seek redemption from their past. “Their tough journey together across endless valleys and snowy mountains will bring them closer to each other, becoming a deep inner journey and a meditation on life. Harsh, mysterious and breath-taking, Highway 318 can become a road to redemption,” reads a note for the Warsaw Film Festival, where this 98-minute long film was previously screened. It will show at 4pm on February 24 at Rastriya Sabha Griha.

Green Cats is an Estonian crime drama directed by Andres Puustusmaa, who comes from a theatre background, having worked as an actor on stage and on television. The film follows two old men who have lived behind bars for most of their lives and were granted amnesty when they were both 70. Even though they didn’t commit a serious crime, they ‘deceived’ their then country—Soviet Estonia. This 105-minute long feature tells the story of their pathos, their newfound freedom and trials of the passage of time. It will be screened at Nepal Tourism Board on Monday, February 25, at 10 am. 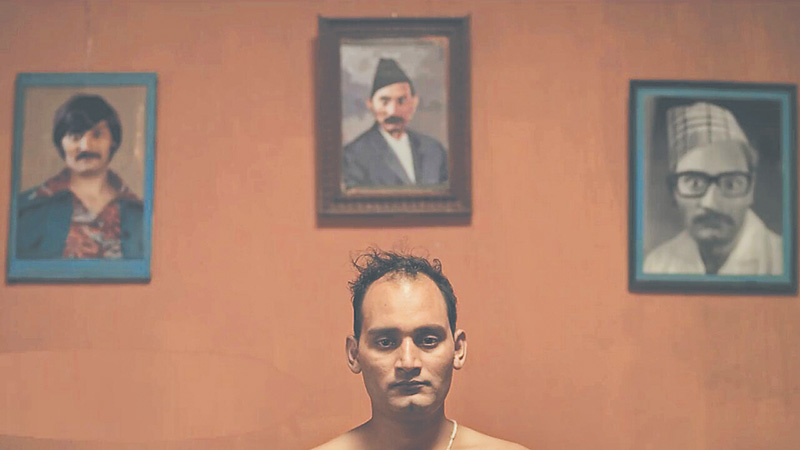